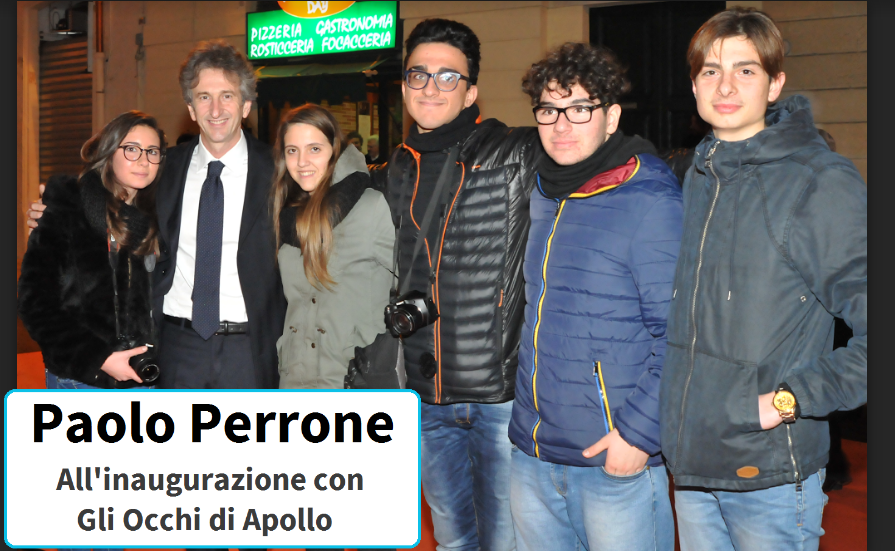 The project that we have decided to monitor is about the restoration of the apollo theatre, one of the most interesting theatres on the architecture scene of salento. The apollo theatre was born in xx century, built by vincenzo cappello, sent to the city on the 15th of may 1912. It was inaugurated on the 4th december 1926 with the projection of the film “gli ultimi giorni di pompei”. It was used as a cinema and as a theatre, but it closed its curtains for the last time in 1986. On the 27th of november 2003 the townhall bought the theatre from the cappello heirs for an estimated cost equal to € 3,500,000.00. On the 22nd of december 2003 the project for the restoration of the theatre was approved, but the work only started on the 5th of june 2008. For this, in the programme agreement “beni e attività culturali”, funded by the region of puglia, € 7,000,000.00 were allocated (cup:c27e06000000006) to which the townhall cofinancing of €2,500,000.00 was added (cup:c83j14000060001). The new funding was sourced from the resources freed up by the region from the vast area programmes. Following the invitation to tender, the economic framework of the intervention was riformulated,based on the actual costs preempted contracting firm. It should be noted that on opencoesione.gov it refers to different funding(cup:b87e08000020002) the works that should have finished within a few years left for 10 long years, a large construction site in the historic centre in one of the most visited cities in the south of italy.

The events surrounding the restoration and the redevelopment of the theatre have been long and complex. Some relating articles go back many years. On the 21st of january, in fact,the press reported the following headline: “fra due mesi via libera ai lavori di restauro”.After years of being left abandoned, nine years of restoration, of proposalswhich were increasingly unsuitable for the building, a market hall having even been suggested, the local press started the countdown to the opening date. on the 5th of december 2016 city should have taken back this jewel many years forgotten, unknown to new generations but during the redevelopmentarcheological finds came to light. under the foundations of the theatre politeama , two sarcophagus from the 3rd century, b.c. with two skeletons, inside one of which a child, two ampoules, bracelets, necklaces and other jewellery , money from the 4th century b.c. , a wall from messapia and a part of the moat of the adjacent castle carlov. the important but not completely unexpected discovery, given the treasures found underground in every excavation work in lecce, slowed down the work. the finds will be restored and exhibited inside the theatre in a museum area. another change during the process of restoration was the creation of the dressing rooms, which at first were supposed to be built underground. but the discovery of the archeological elements led to the actors’ rooms being moved to the floor above. the floor above the foyer, unused and degraded, was renovated and made comfortable: it was a large space suitable for different functions, such as the actors’ rehearsals, the briefings, conferences or other activities linked to the shows and events. on the 3rd of february 2017 the apollo theatre reopened its doors to the public with a celebrated inauguration, honoured by the presence of the presidente della reupubblica and by other political authorities and representatives from the artistic world.

On the 3rd of february 2017: the reopening of the apollo theatre. But what happened after the inauguration? The great inauguration event was good but wasn’t enough, there’s a subtle difference between the completion of the restoration and the real success of the project. How will the cultural programme be developed? If we esclude the inauguration and a few open days, there is not yet a programme calendar. How will it be run? The future management of the theatre is still unknown, and we don’t know the criteria that will be used for this. The theatre has been a huge investment, but the road it will take is still to be written.

The road in front of the theatre’s entrance has not been completed and the asphalt that has been resurfaced outside the theatre has unleashed great indignation. The wall has been restructured in the best way possible. At the moment, there are no resources to redo the entrance with more suitable solutions, but is was ensured, during an interview with ing. G Dell’Anna, that the current solution is only temporary and functional for the opening. the excessive use of modern materials has substituted a few wooden constructions with sturctures in cement and ashpalt. These interventions can have unwated consequences for the acoustics. The distribution and planning part hasn't been respected because when you're doing the restoration of a historical asset the most important aspect is the preservation of the assets. the doors, inside and outside, are very modern then not appropriate for the neoclassic- style of the theatre; the dome, originally openable, has been closed; the bottom of the colums has been bounded by white lines to believe that the entire column was in pietra leccese. The foyer has been very transformed, they removed the outside box offices and they did a single inside input; also the bar has been removed to do the currently wardrobe.

Lecce boasts a great cultural and orchestral heritage, think of tito schipa o the popular music of the taranta, and the reopening of the apollo theatre will surely give new cultural life to the city, which has always been considered a important cultural reference point of southern italy. The theatre is located in the centre of the city and the end of the restoration work and the opening of its small internal museum are bringing new value to the suburb, the historic centre and the city itself, attracting not only an audience from Lecce but also tourists and therefore increasing economic development.

The Apollo Theatre came back to life and can be a cultural container with great potential, but the public contributions are few. It has opened a theatre without knowing how to handle it; a program of shows isn't expected. The city administration intimated that it wants to trust the reins of the theatre to a foundation. The governance model will be decisive for the future.

We must enter the theatre at the centre of the cultural offer of the city, offering a season full of quality products. The programs must be rich of spectacles. We detected, through our questionnaire, that few people usually go to the theatre and the youths don't go. It must promote a theatre culture approaching with University students creating events at the University. It must improve the collaboration between institution, public and private entities.

· Ing. Giovanni dell'Anna, only manager of the procedure for the restoration work of the theatre, to verify the state of progress of the work and to receive explanations about the long-term restoration;· Vincenzo Cappello, ex theatre owner, to probe the degree of satisfaction of the ex-owners;· Dott. Fabio Tolledi, Artistic Director and Producer of Astragali Theatre and Paisiello Theatre in Lecce, to have an'idea about the management of the other theatre and to have some suggestion about managing the Apollo Theatre;· Dott. Giuseppe Spedicati, Tito Schipa Conservatory Director, to verify if the conservatory had been added in the future management of the theatre;· Dott. Raffaele Parlangeli, Director of Programmazione Strategica e Comunitaria industry, to demonstrate us the "OpenDataLecce" portal and "OpenCantieri" section· Piersoft Paolicelli, OpenData and OpenGov consultant, to understand the use of open data in the "OpenCantieri" site;Also:· Interviews to the opening show, to know the first impressions about the reopening;· Questionnaire, to know the level of participation of the theatre and the criticism about the restoration

1st answer) The restoration time were very long. The distribution and planning part hasn't been complied with. The doors are very modern then not appropriate for the neoclassic-style of the theatre; the dome has been closed. The foyer has been very transformed. ISO 33-82 standards haven't been complied then the acoustic is faulty2nd answer) We should organize a meeting between the different public and private entities, inviting also the different theatrical companies in Lecce and province to decide the theatre management3rd answer) Certainly the Conservatory will be proposed as one of those subject who can give a contribution to the theatre management